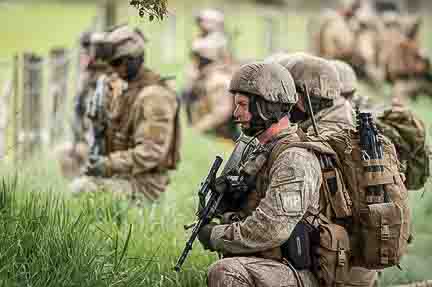 When I served in the NZ Army it was my good fortune to be exposed to a number of very effective and inspiring leaders.

When I achieved my dream posting to the Reconnaissance/Sniper platoon I found myself surrounded by some very talented natural leaders.  Despite the many skills that need to come together to create good leadership the reasons these people stood out over their contemporaries were quite simple.

What were the qualities they had developed that allowed them to lead so well?  Below I cover the most important aspects of their leadership approaches and present reasons for their consistent effectiveness.

The ‘Recon’ Platoon is the eyes and ears of the Battalion Commander and the reports we bring to him are critical to the overall effectiveness of his troops. As such, the ‘Recon Team’ Leaders need to be reliable and must display absolute integrity at all times. We witnessed over and over the importance of honesty to the good functioning of our organisation; higher leadership always rewarded integrity.

In this environment we were expected to take ownership of ourselves and accept responsibility for our words and actions.  We were required to admit fault at the first opportunity to keep the mission moving, not later on during questioning after hoping no-one noticed.  This necessitated keeping our egos in check and tasting humble pie from time to time.  This also greatly accelerated team cohesion and our ability to learn as we weren’t so stuck on “doing it my way”.

The ‘Recon’ teams had Commanders but we had been chosen for these teams because we were good observers and also because we were expected to contribute.  Our Leaders always sought our input from the early planning stages of a mission, during the actual patrol and with the resulting report.  They were very seldom above us, most of the time they were beside us; passing on what they knew and learning and growing just as we were.  This produced a respect based work culture, not one based on rank or position.  Anyone who threw their rank and opinions around needlessly was met with blank stares as this type of ‘leadership’ always proved itself inefficient; suppressed creative problem solving and was a waste of manpower.

The leaders that stood out to me were the ones who had developed the ability to shift between differing mindsets.  For example, if we were required to insert the patrol at night by parachute then they would switch into a very quiet state, almost introverted, to prepare their gear, talk with the pilots and oversee their team.  The parachute drop involves a lot of adrenalin but when we land we needed to immediately let that phase of the mission go and shift into patrol mode, slowing right down to 100 meters an hour on foot.  Having this mental tool to shift mindset allowed them also to let go of poor operational choices quickly and solve problems on the fly as they were not magnetised to one way of doing things.  Their minds where very open which enabled lateral thinking.

Someone who truly loves what they are doing is always inspiring.  We often found ourselves doing incredible things simply because our leaders showed so much enjoyment in what they were doing and so much engagement with the current task we couldn’t help but get swept along.  Once, when our helicopters were unable to collect our 4 man team after a mission we had to ‘walk out’.  This was a distance of 50 kilometres over rough terrain with 40 kilograms of gear on our backs.  We had to do it that night, no questions.  Our Patrol Commander was elated about this unexpected test of fitness and navigational skill that in the coming darkness we all found ourselves smiling to each other in anticipation of the pending adventure.  We arrived at our pick-up point early next morning, our bodies steaming from perspiration in the sunrise having been on the go all night.  The Platoon Commander didn’t say one motivating word; it was simply his energy and attitude that pulled us through the night: His belief in himself and in us was rock solid and we enjoyed achieving the timeline.  That’s leadership!

These are some fundamental qualities of leadership that I have experienced. During my military career I was mentored by some of the best the NZ Army Special Forces have to offer and their lessons have formed some of the framework of my life.  This is what I believe good leadership should be.  More than just teaching us technical skills it should show us how to be better people, to enjoy giving back, inspire us to lift ourselves and others up, to connect with each other in nurturing ways and get out of our egos.  We are social animals and we thrive in good teams, I know I have!  Imagine if work was a place of renewal, where at the end of the day instead of feeling worn out you were excited about what tomorrow could be and what you could bring to it. 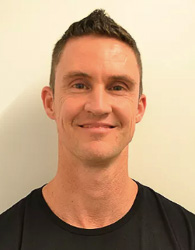 Josh began his leadership career in the military where as a parachute trained reconnaissance specialist he was mentored buy some very inspired natural leader’s, a number of who served in the NZ Special Forces.

Josh is now a trainer with NZ  School of Life Coaching and run’s his own courses on Leadership, confidence building and creating authentic self.