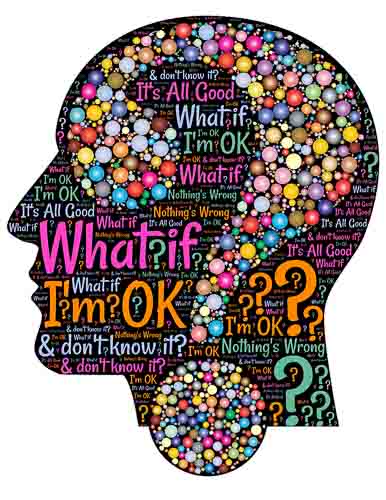 It was four months past my 19th birthday. At that age I was certainly not prepared for the event that was to change my life forever.

As I was riding my motorcycle home from work down a narrow country road, I saw a bus on the other side of the road in the distance. Suddenly a red Ford Escort car pulled out from behind it and was determined to overtake, even though the chance of it getting past safely without hitting me was slim. Sure enough the car hit the gas and accelerated, knocking me off my bike and through a hedge. Those two or three seconds between impact and landing on the ground were like being in my own movie running in slow motion, with every action so vividly clear.

My initial reaction was to stand up and go over to have strong words with the driver;   it was only then I realised the extent of my injury. Lying next to me was my right foot. There was initially no pain, but a witness came rushing over, took hold of my hand and provided words of reassurance that the ambulance was on its way. All I could ask him was whether my foot would ‘go back on’ again. He was there for what seemed like an eternity before the ambulance came to take me to the Accident & Emergency hospital department.

Over the next two weeks I was to undergo two amputations. The initial one was a traumatic amputation above the ankle, performed the same night as the accident, as my foot  going ‘back on’ wasn’t an option. This was followed by a second amputation after a Prosthetic Consultant,  told me it was in my best interest if I wanted to walk ‘normally’ again.  I remember  he pulled out a ‘beaten up’ prosthetic limb from a brown paper bag to show me the type I would wear. My heart sank.  He also lowered my initial high expectations of recovery by telling me never to expect to get back to doing anything too active again.

I can’t deny those first two weeks went by so fast and seemed ‘relatively easy’ to get through with continual visits from consultants, orthopaedic surgeons, nurses, family and friends. However, after the second amputation (six inches below my knee),  and seeing what was left of a once health leg and foot, the realisation of it all hit me hard.  Without a doubt the way the consultant had  communicated and interacted with me had also contributed to my now lack of self-belief in my ability to recover and live a ‘semi-normal’ and fulfilling life. At 19 years old, and despite love and help from family and nursing staff, I felt very alone. I had so many thoughts and questions about my ‘new life’ that nobody seemed to be able to help me with. The relentless pain (both real and phantom) and inability to perform even the most basic of bodily functions compounded my now very pessimistic look on life.  I spiralled rapidly into a ‘deep dark place’, to the point where I simply didn’t want to carry on.

To my surprise, and to which I am eternally grateful for, my ex-girlfriend came to visit me one afternoon with a friend.  When they arrived, I was in my ‘dark place’ until her friend introduced himself as Andrew, also an amputee of several years.  He stood at the bottom of my bed, completely unaided and began to walk towards me. Tears well up inside me, even now some 30plus years on, as that one person helped me see clearly what life could be like again, helped me to believe in myself and the limitless potential I still had available to me.

Within 24 hours I was up and out of my hospital bed, walking on crutches up and down the hospital wards. Despite my new look body, I felt empowered to interact with other patients. Within eight months I was walking again unaided and have gone on to have the self-confidence and self-belief that anything in life is possible. It was also what started my journey of ‘paying it forward’ and helping others, from being a volunteer visitor for new amputees through to the coaching and mentoring roles I have performed over the years.

The key points I would offer you from this story are: 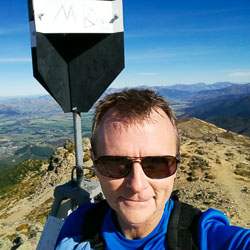 Paul Walmsley is an experienced I.T Consultant, author and part time University lecturer. During his many years working in large corporate organisations in the UK and New Zealand he has coached or mentored many individuals and teams and continues to do so now he is self-employed.  He is also a Director of Australia and New Zealand Coaching Alliance.