By Sally Rigby and Amanda Ashby 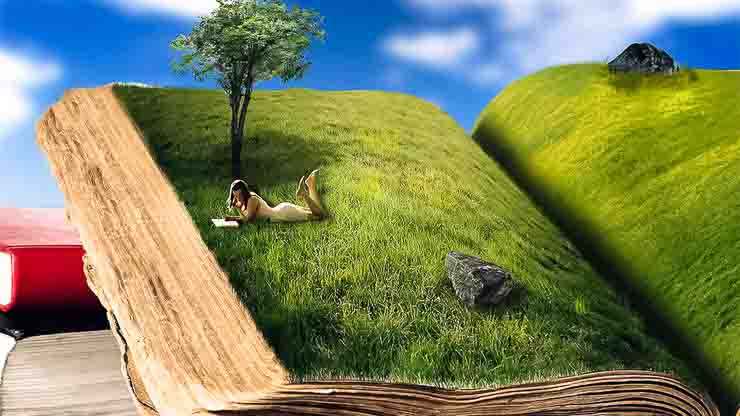 As life coaches we all understand the power of storytelling to give our clients the powerful breakthroughs they are looking for, but how can you ensure you are telling your story the best way? Here are five fast and easy elements of classic storytelling that will improve your technique, hone your skills and build your story collection.

You know what it’s like when you go to a party and someone tells a long-winded story. You’re left wondering when they’re ever going to get to the punch line. Don’t be that person!

Rule of thumb is that stories begin at the point of change. A good author doesn’t bog the reader down with lots of backstory about the character and their ordinary day-to-day life. Instead they focus on the day that change comes crashing into the character’s world (often unwanted change, because who likes to willingly step outside of their comfort zone?)

An example is: if you’re telling a story about a woman whose husband left her, you don’t need to go into the reasons for the breakup, because that’s not important to the story. What matters is what happens after he leaves and how her life changes.

This principle applies to all stories, whether they are from personal experience, movies, or mythology. So, next time you tell a story, ask yourself if you’re getting bogged down in the backstory and set up, rather than beginning at the point of the change in the character’s life.

A powerful part of storytelling comes from threshold moments. These are the places when the characters physically move from one turning point (or act) to another. In books and movies, these crossings represent moving from the old world to the new one, and are often done using doors, windows, arches, bridges, roads, railway tracks, rivers, sea, airplanes or any kind of physical journey from one place to another.

Some classic threshold crossings include Alice down the rabbit hole, the wardrobe to Narnia, Platform 9 and 3/4 in Harry Potter and the tornado in Wizard of Oz. So, next time you’re telling a story, don’t just have your character move from one place to the next, visually create the bridge or doorway that they move through. It could be long and rickety and might break at any moment.  It could be a train tunnel with no light at the other end. Or climbing onto a bus, or a plane. By understanding threshold crossings, we can use the symbols to create visually strong images that will help our clients move through their own personal story.

Isaac Newton once said that every action has an equal and opposite reaction and this is an important part of storytelling. It’s not enough to have a character move through the narrative doing ‘stuff’, the reader/viewer needs to know how the character is reacting to events. What emotions are they feeling? This is important for you because it is the emotions that your client will connect to. Two people could be standing on the edge of a cliff ready to go skydiving and they could be undergoing two very different emotional responses.

A great way to really deepen the emotional resonance of the story is rather than just say the character was ‘scared’ or ‘happy’ or ‘angry’, consider using visceral responses such as sweaty palms, tightened jawline, shaking. You could also act out some of these emotions with your hands, facial expressions and voice. As Maya Angelou said: ‘At the end of the day, people won’t remember what you said or did, they will remember how you made them feel.’ Your client might not remember the words of your story, but if the emotion resonates with them it can make for a powerful transformation.

4. I Can See Clearly Now

Having clarity about the story you’re telling is essential. Russian playwright, Anton Chekhov said, ‘One must never place a loaded rifle on the stage if it isn’t going to go off. It’s wrong to make a promise you don’t mean to keep.’

Like the backstory we mentioned in point one, filling our stories with unnecessary details is a bad idea, because the brain is always sifting through information trying to make links (which is why storytelling in coaching is such a powerful technique). So, if we’re putting in images and symbols that aren’t relevant, our stories won’t have the impact we want them to.

Two quick ways for you to get clarity in your head on a story, so that you don’t have unnecessary details are to either boil it down to a thematic sentence. For example: a story about going to the petrol station without any money could be tagged in your mind as ‘worst fears’ or ‘how to move on from humiliation’. Another way to do this is to identify what the main character’s goal, motivation and conflict in the story are (goal is to get petrol, motivation is they need to get to a job interview, and conflict is having no cash).

Once there is clarity on what the story is about (and what is just an unused gun), you will be able to use powerful symbols and word choices to really drive the story home.

5. The Power of Three

For anyone who has studied speechmaking, religion, or science you will already know that three is a powerful number. It’s the same in storytelling. Our brains are hardwired for story, and our subconscious recognises story beats (and also knows when those beats aren’t there), which is why it’s so useful to remember to block things into three.

This is particularly true if you’re telling stories that have repetitive phrases (such as a number of tasks that a mythical heroine has to complete, or how many times Maui tries to slow the sun). By making sure you stick to the rule of three when telling stories, your clients will instinctively react at an unconscious level.

There you have it. Five quick ways to make your storytelling pop. Next time you’re watching a movie or reading a book, look out for these techniques and notice how effective they are. We’re certain that if you engage even one of them you will find your story telling improves. 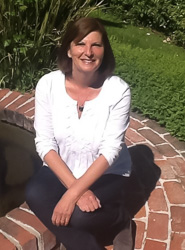 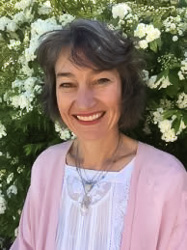 Sally Rigby and Amanda Ashby have published more than thirty books between them with publishers such as Penguin Random House, Hodder and Stoughton, Flux, Entangled, and Albert Whitman. You can find out more about their books at sarahantz.com and amandaashby.com.

2 Replies to “Storytelling for Coaches”